The Lakers emerge from the bubble victorious 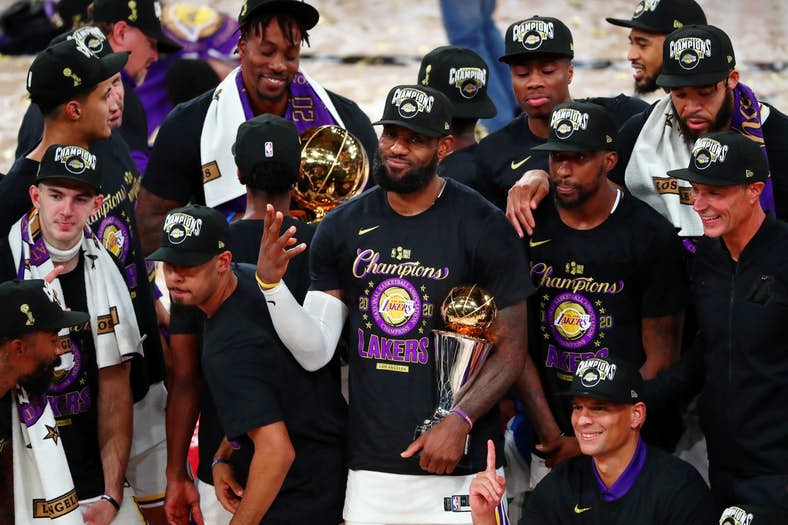 On the 365th day of the longest NBA season in history, the Los Angeles Lakers were named NBA Champions, and champions of the bubble. The Lakers celebrated in a mostly empty arena in Lake Buena Vista, Florida, where the NBA held the duration of its season after the pandemic shut down its season back in March.

The concept of “the bubble” surfaced months ago as the league tried to continue the season throughout the time of the viral pandemic. With safety as the association’s number one concern, the bubble seemed to be the best compromise.

Before presenting the Larry O’Brien trophy to the Lakers, the NBA commissioner talked about the challenges and sacrifices the players, coaches, and staff had to endure to make it to the finish line.

“We found a way to play through a pandemic, keep everyone safe and put a spotlight on these critically important [social justice] issues,” Silver said. “For that, every team deserves to be celebrated.” Later, Silver informed league employees that they will all be receiving a $1,000 bonus and extra vacation days as thanks for their efforts during this historic season.

From the viral pandemic to the nationwide protests following the death of George Floyd, to the creation of a virus-free area where teams could continue the 2019-2020 NBA season, this year has tested and humbled everyone, especially the LA Lakers, who had to deal with the devastating loss of franchise icon Kobe Bryant.

The Lakers only had one person in mind after claiming the NBA title. The win was for Kobe Bryant. Anthony Davis and the rest of the Lakers organization honored Kobe after the game. “Ever since the tragedy, all we wanted to do is do it for him, and we didn’t let him down,” Davis said on the court. The Lakers have honored Kobe and Gigi since their death with special patches on their jerseys.