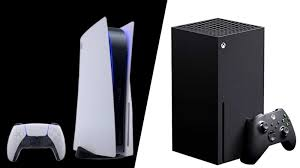 With the beginning of the pre-ordering period of the next-generation Xbox and PlayStation consoles, fans all around the world have raced to get their hands on them.

It’s been seven long years since the release of the Xbox One and the PlayStation 4, and with the announcement of the PlayStation 5 and the Xbox Series X, pre-orders for both of the consoles were available for only a short period of time.

Unlike previous years, both companies are releasing two versions of their consoles: one that is able to use discs and digitally downloaded games, and one that only uses digitally downloaded games. Both digitally based consoles have specs that differ from the disc versions. The standard PS5 and Xbox Series X both have the disc capability, while the PS5 Digital Edition and the Xbox Series S only have the ability to download games online.

So which console is better, and which should you buy? In terms of specs, both standard consoles have great qualities. The Xbox series X and PS5 both have up to 8K resolution, as well as framerate that can reach up to 120 fps. Also, both consoles feature 16 GBs of GDDR6 ram, and both can play 4k UHD Blu-ray (only the standard PS5 and Xbox Series S.)

What sets the two systems apart is their storage, CPU, GPU, backwards compatibility, and key exclusives. The PS5 has 825 gigabytes of custom SSD storage, while the Xbox Series X has an entire terabyte of custom NVME SSD storage. Also, the Xbox has 12.0 teraflops of AMD RDNA 2, while the PS5 only had 10.3 teraflops. The PS5 offers backwards compatibility with most PS4 games, including PS4 Pro titles, but the Xbox has the ability to play all Xbox One games, select Xbox 360 games, and even some original Xbox games.

If the console exclusive games are a deal-breaker for you, then you’ll want to pay attention to some of the new exclusive games, such as the PS5’s Spider-Man: Miles Morales and Xbox’s Halo Infinite, just to name a few.

A major factor in determining which one you’re going to buy is always the price, and luckily (or unluckily, depending on how you look at it), this year both of the front line consoles are $499.99, while the PS5 Digital Edition is $399.99 and the Xbox Series S is $299.99.

During the pre-ordering period, eager customers only had a very small amount of time to secure their system. The PS5 pre-orders dropped on September 16th, and according to The Verge, people who tried to order the gaming system had under a minute to select and checkout with both the digital and disc edition. The Xbox Series X and S’s pre-order period started at 8 a.m.on September 22nd, and within a few hours, they were completely sold out at all retailers.

Since the release of the original preorders, more waves of consoles have been released periodically to allow more people to get an order in before the official release of both systems.

From a poll taken out of an Instagram story that includes Broughton students, 41 percent of people were in favor of the PS5, while 59 percent chose the Xbox Series X. Based on these results, the Xbox is winning the popularity battle by a relatively small amount.