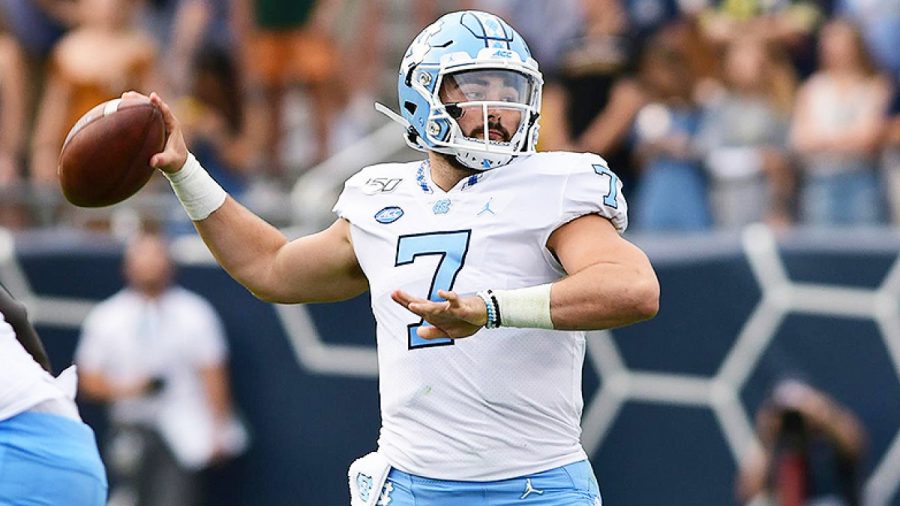 September 3 marked the return of college football, a season heavily affected by Covid-19.

Universities and athletic conferences such as the Atlantic Coast Conference (ACC), were forced to make the difficult decision on whether to have a season or postpone college football until 2021. Factors including fan and player safety, ticket sales, and lost revenue all affected this decision. Ultimately, seven of the ten Division 1 Football Bowl Subdivision (FBS) conferences decided to have a fall season, including the ACC, with local teams such as the University of North Carolina Tarheels and the NC State Wolfpack.

For the schools that are playing, drastic measures have been taken to ensure safety, which has altered the normal college football atmosphere. For most conferences, stadium capacity has been scaled down dramatically and in some conferences, fans will not even be allowed in the stadium. Without fans cheering them on, teams will not experience the usual home-field advantage.

Not only has the experience changed for the fans, but the lives of the players have shifted as well. Former Broughton Capital and current freshman quarterback at Division 1 Presbyterian College, Worth Warner, explains what it is like to be a player in this current environment.

“We have to get screened every morning, work out in three separate groups with masks on, practice in four different groups so we aren’t in the locker room at the same time, and we got tested right when we got here,” Warner said. Presbyterian College is an example of a team that had their fall football season postponed, but they still gather for practices and team meetings.

The season schedules for the teams that are playing have also been altered. Teams will only play other teams in their conference, and all non-conference games have been canceled or postponed. But games have started, touchdowns have been scored, and Saturday afternoons just became much more normal.