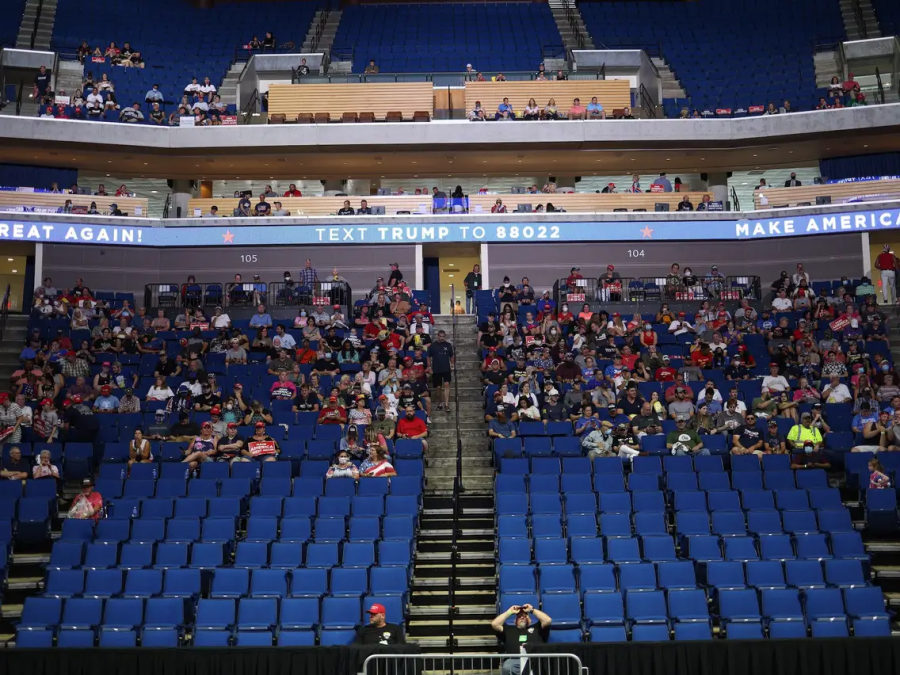 Teens across the United States are banding together on TikTok to subvert the Trump 2020 campaign. The scheme began on June 11 when the Trump campaign shared a tweet encouraging free registration for President Trump’s campaign rally scheduled for June 21 in Tulsa, Oklahoma. The tweet led to a coordinated effort over TikTok to get as many people as possible to register for the rally and then not show up. Over the next few weeks, the ploy gained widespread popularity as countless teens on the app shared videos encouraging followers to reserve rally tickets.

According to a tweet from President Trump the week before the rally, nearly one million people requested tickets for the event. However, thousands of seats in the 19,000 seat auditorium remained empty on the night of the rally. The Tulsa fire department released an estimate of 6,200 attendees, while the Trump campaign estimated that 12,000 people showed up.

The low turnout also forced the Trump campaign to scrap plans for an address by Trump to an overflow crowd expected to be waiting outside the venue. Trump 2020 campaign manager Brad Parscale denied that teens on TikTok affected rally attendance, telling CNN, “Leftists and online trolls doing a victory lap, thinking they somehow impact rally attendance, don’t know what they’re talking about or how our rallies work.”

Teens took to TikTok again on July 7 when Secretary of State Mike Pompeo told Fox News that the Trump administration was considering banning the app. This time users promoted a scheme to flood the Trump 2020 campaign app with 1-star reviews in an attempt to get it removed from the app store. The campaign was led by TikTok user DeJuan Booker, who called for his 750,000 followers to give the app low ratings.

“Gen Z don’t go down without a fight. So with that being said, let’s go to war,” he said in a video posted July 8. “ That day alone, President Trump’s campaign app garnered 700 bad reviews and only 26 good ones.

The plot was misguided as Apple does not delete apps for having low ratings, but that didn’t stop the frenzy of negative reviews. After President Trump issued an executive order on August 6 that would ban TikTok in 45 days, the campaign app’s ratings sank even lower. At its lowest, the Trump 2020 campaign app hit 1.2 stars from 296,000 reviews in the Apple store but was never removed.