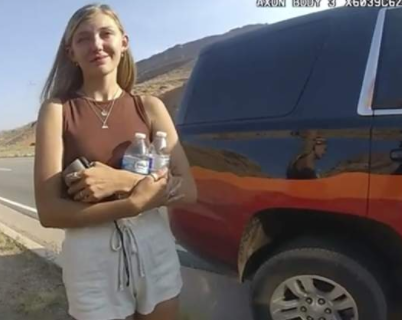 Brian Laundrie, Gabby Petito’s fiance, returned home to Florida from their cross-country van trip on September 1, almost two months after leaving. One problem emerged; Gabby did not come back with him.

Gabby Petito was a 22 year old from Suffolk County, New York. In 2017, Petito graduated from Bayport-Blue Point High School, where she met Brian Laundrie. Two years later, the two began dating and would move in with each other in North Port Florida. “Brian asked me to marry him and I said yes,” Gabby captioned her post on July 2, 2020. Since the tragic incident, her account has now surpassed one million followers. Weirdly enough, “Petito’s mother has revealed that she and her fiancé had called off their engagement sometime before Petito went missing,” according to Pathrikit Sanyal, signifying the onset of some relationship issues.

On July 2, Brian and Gabby departed from Blue Point, New York, in a 2012 Ford Transit that had been converted into a camper van. Their plan was to embark on a four month cross-country road trip across the west, which would end around October in the state of Oregon. Gabby documented her trip, updating it every few days, on her instagram, @gabspetito. On her Instagram, Gabby posted many scenic pictures from the Monument Rocks in Kansas, to Colorado Springs, Colorado, to Great Sand Dunes National Park, to Zion National Park, to Bryce Canyon National Park, to Canyonlands National Park, and to Arches National Park, in Utah. Unfortunately, her last post was in Utah.

On August 12, while near the entrance to the Arches National Park in Utah, the couple was pulled over by Moab police in response to a domestic assault call made to police describing a white van with Florida plates. “The gentlemen was slapping the girl” and “They ran up and down the sidewalk. He proceeded to hit her, hopped in the car and they drove off,” the caller informed police. When spoken to by the Moab police, the couple let police know that they are engaged and in love and did not want any charges placed on either of them. However, the body camera footage from the police officer tells a different story.  Gabby is visibly distressed, most likely due to spending too much one on one time with Brian.

After losing contact with Gabby, her parents started to worry. “She maintained regular contact with her family members during her travels; however, that communication abruptly stopped around the end of August,” North Port Police Chief Todd Garrison told CNN. 10 days after Brian Laundrie returned alone to their North Port, Florida home, Petito’s family filed a missing-persons report. On September 21, a body that was discovered two days before, in Grand Teton National Park, Wyoming, was identified as Gabby Petito and that same day, the FBI ruled the manner of death to be homicide.

Since then, Brian Laundrie is avoiding law enforcement, as well as the media, and appears to be on the run. Brian’s parents, Chris and Roberta Laundrie have also been of little help to the police. They informed that the last time they saw Brian was on September 14th, when he supposedly left for Carlton Reserve with nothing but a backpack. Since this news, the North Port Police have searched the 25,000 acre reserve multiple times, and have not found him.

As of now, Brian’s whereabouts are unknown but “The US District Court of Wyoming has issued a federal arrest warrant for Brian Laundrie”, according to the FBI’s Denver field office. After a federal grand jury indicted him for his “use of unauthorized devices” following the death of Gabby Petito,” according to CNN. Police are asking the public to inform law enforcement if they were in Grand Teton National Park during the incident or if they have any other information regarding the case.