Who is the Queen of Rap? 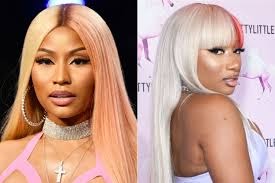 If you ever want to spark a debate between two Gen Z ers, simply ask them the question: “Who is the Queen of Rap?”

You will definitely hear the name Megan Thee Stallion come up in the conversation. She lives up to her name given that she is five feet ten inches tall. You have probably heard her top song “Savage” featuring Beyoncé on the radio. She has received various notable awards in her short career, including three Grammys, two MTV music video awards, seven BET awards, and two NAACP awards.

Megan is not just a rapper but she is also a college student at Texas Southern where she attends to earn a degree in health administration. Megan’s rapping style is known for combining old-school techniques with drum machines. Her songs entice an energy surge in whatever audience is listening. Although Megan’s music style is not my personal favorite, I think her confident lyrics are very influential.

Megan Thee Stallion has only been in the game for five years now, which is little time compared to veteran Nicki Minaj, who has been rapping for 14 years now. She debuted her first mixtape in 2007 named “Playtime Is Over”. You probably listened to her number one song “Starships” at some point in 2012 or “Superbass” in 2010. She has won seven MTV music awards, four American Music Awards, seven BET Awards, three People’s choice awards, and numerous more.

Although she has been awarded a plethora of different types of awards, Minaj has yet to receive a Grammy, unlike Megan who has won three in her also three times shorter career. However, she is the only female in history to reach one hundred entries on the Hot One Hundred Chart. Minaj is described to have a fast-flowing rap style that sometimes even the biggest fans have trouble keeping up with. Minaj is also able to sing in which she does in the majority of her songs, making her more versatile vocally than Megan.

To me, the answer to this question is a no-brainer. Minaj has paved the way for other female rappers such as Megan and has been able to remain a prominent figure for over a decade.

Broughton student Lilly Mackenzie agrees with my declaration, “Nicki because she is the OG of female rap, but Megan is coming up quickly to her because Nicki hasn’t been releasing.” Broughton student Molly Asbill also supported Minaj being the Queen, “Nicki is the queen of rap because everyone knows that she came before Megan even though Megan is still a big part of rap.”

I surveyed 12 Broughton students asking them to label either Minaj or Megan with the title and 11 of them selected Minaj. The consensus is that Minaj is the reigning queen over the rap kingdom.