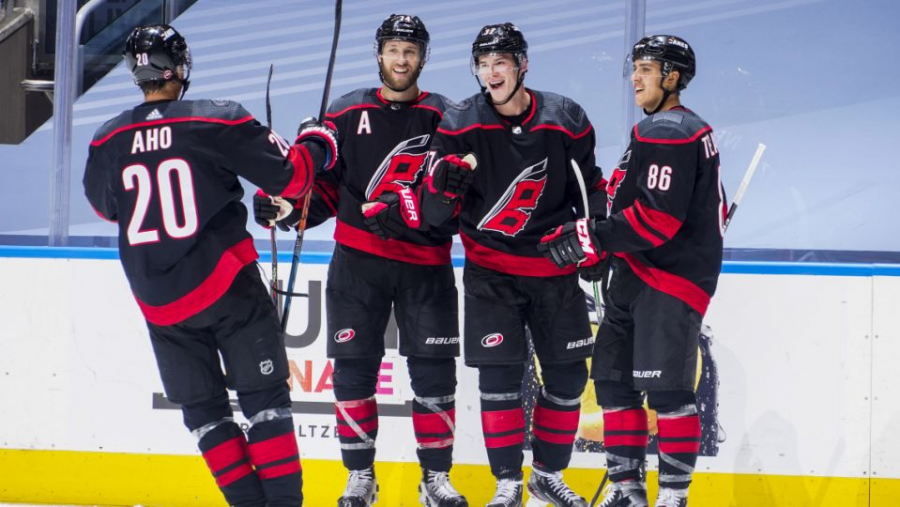 Photo by NHLI via Getty images

After several weeks of quarantine, the Carolina Hurricanes are coming in hot as they make a comeback to the ice. The Canes had a rough start after playing three games this season since they suffered a stream of Covid-19 hitting the players. According to NBC Sports, several of their games had to be postponed as six of their players were put on the NHL daily Covid-19 unavailability list.

“Quarantine has probably made the game a lot more difficult for them. I can’t imagine being as cohesive of a team after being separated for so long, but I hope that this break was a nice way to take a step back and reflect,” said junior Kimmie Tomczak about the Canes’ hiatus this season.

Even though they were back the Canes still had several challenges to face. One of the challenges was their lack of players. They were short-handed of five regular players, including Warren Foegle, Jordan Martinook, and Jacob Slavin.

“There’s a lot of concerns. Number one, you’re missing a lot of guys. It wouldn’t have mattered if we’d been playing all along. That’d be a huge concern, having so many regulars out of your lineup,” said head coach Rod Brind’Amour.

Worries about the Canes went away when they went on a huge winning streak. They started by beating the reigning Stanley Cup champions, Tampa Bay Lightning. They went on to win three more games and had a four-game winning streak before they lost a game against Chicago Blackhawks.

“They’ve been playing really good. Their defense is very good, as it always is,” said sophomore Lucas Bhar about the Hurricanes’ season thus far.

“I think that it was a bit of a break and time to get it together and get ready to come back stronger, which they did,” said junior Abigail Austin about the Canes return from quarantine.