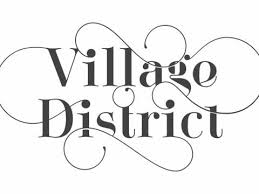 Just west of Broughton lies the location of the former “Cameron Village” and the newly renamed “Village District”, which is home to over 90 stores and one of the few two-story Chick-Fil-As in the country.

The name change was sparked by the resurfacing of the history of the Cameron family; Duncan Cameron was president of the Bank of North Carolina and a state Senator, as well as many more things, but, according to Ncpedia, he was also “one of largest plantation owners and slaveholders in the South”.

The creation of the modern day Cameron Village began when J. W. York purchased 158 acres of land in 1947 from Anne Cameron Smallwood, a descendant of Cameron lineage. They were enticed by the idea of creating a suburban shopping center that could draw in residents of downtown and provide parking for the growing number of cars.

Later in 1949, the marketplace finally opened for the first time, featuring around 65 stores, hundreds of living spaces, and even a movie theater.

The renaming project is being overseen by Regency Centers, which is also the group that owns Village District. On their website, shopvillagedistrict.com, Regency has stated that they have “made a multi-year commitment to the group, including monetary support for the Oberlin Village cemetery and the addition of historical plaques. Further, Regency is donating space at the “Village District” for a storytelling installation that will allow the history of Oberlin Village to be shared with all of those who shop here.”

Oberlin Village was one of 13 villages called the Freedman villages founded in Raleigh following the civil war. Oberlin Village was annexed by the city of Raleigh, and half of the village was destroyed in order to extend Wade Avenue. Then, in the 40s when Cameron Village was founded, the focus shifted, and another blow was dealt to the relatives of slaves who were owned by Cameron.

These new plaques and installations discussed previously hope to increase public awareness of the history of Village District as well as honor those who helped to create what it is today.

Regency also stated that they worked with a group called the Friends of Oberlin Village, who had held on to the true story of the Village for more than 70 years.

Additionally, Village District has been given a new logo, and property signings throughout the first few months of the year will contain the new name.