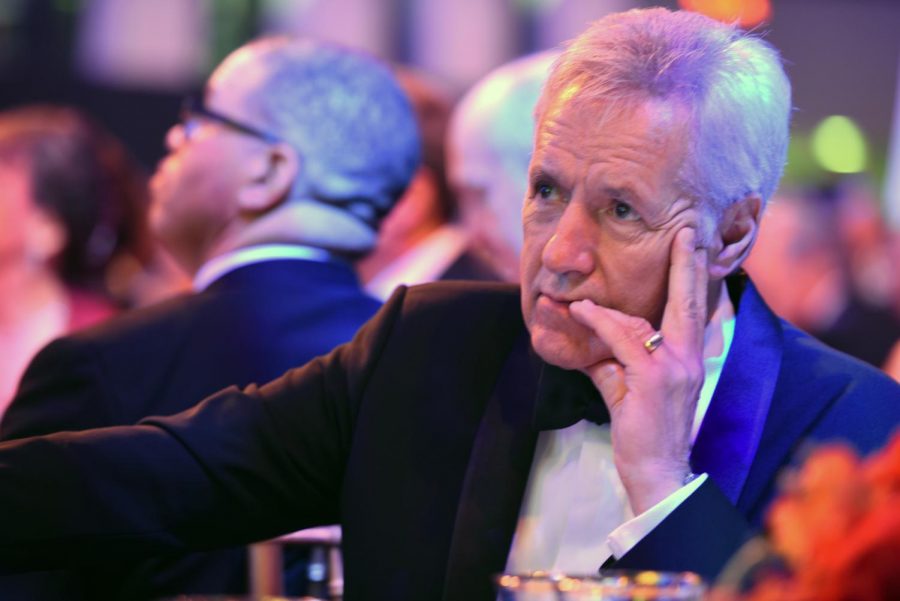 Alex Trebek, the long-time host of the game show  Jeopardy, passed away peacefully at his home on November 8th, 2020, surrounded by his friends and family.    In March of 2019, Trebek announced that he had been diagnosed with stage four pancreatic cancer. The cancer was spreading to other parts of his body, and the survival rate was extremely low (about one percent). Trebek knew that his time was most likely coming to an end but continued to stay positive and fight hard.

The Canadian born game show host had a long and successful career. He was happily married to Jean Currivan Trebek for 30 years and had two kids, Matthew and Emily. He hosted over 8,200 episodes throughout 37 seasons and accumulated six Emmy awards.

Throughout an estimated 8,200 episodes, three of those episodes contained current Broughton teacher, Lee Quinn (IB Coordinator). In January of 2018, he won not once, but twice before coming just short in the final Jeopardy against his opponent. Over those two wins, Mr. Quinn accumulated a total of $42,800.

Alex Trebek will be missed by millions of people across the world. He was so loved due to his genuinely nice character and his dedication to the TV network throughout 37 seasons of Jeopardy. It took strength and bravery to continue making episodes while going through chemotherapy at the same time.

Owen Debellis, grade 11, said, “From being a fan of his through my childhood, Alex has inspired me to always look towards the bright side of things and understand that everything will be okay.” Alex Trebek will be remembered for years to come and how he inspired people in many different ways.