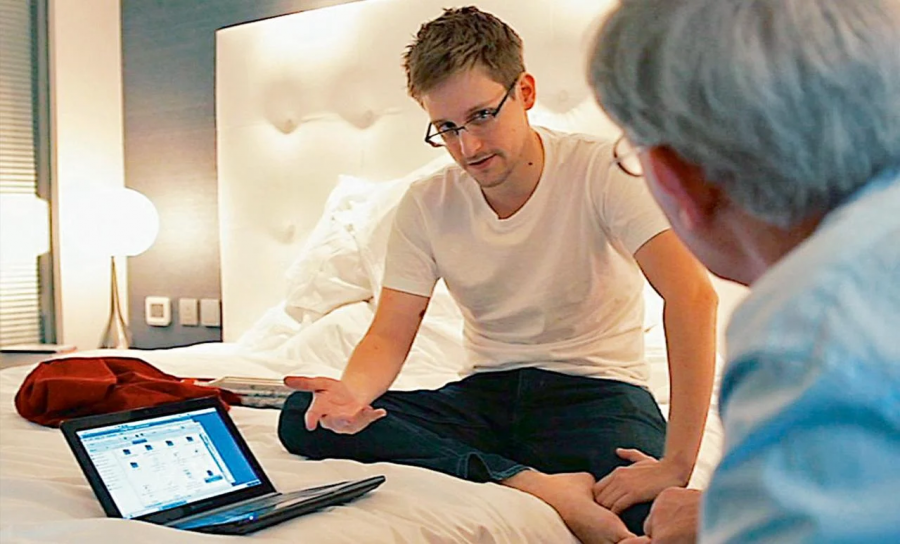 Edward Snowden meeting with reporters to blow the whistle in Hong Kong, 2013.

In a world more digital than ever, what price do we pay as consumers by having our entire lives documented on our devices?

The National Security Agency (NSA) founded by former President Harry S. Truman is an intelligence agency inside of the United States Department of Defense. It is tasked with collecting and analyzing foreign intelligence for the sake of improving US relations, influence, and eliminating potential threats. The NSA and CIA work hand-in-hand, especially regarding the collection of information.

The operations and methods of the CIA and NSA are typically classified and not revealed to the public unless released by those organizations after the fact. For example, when U-2 planes were still being built and tested, the information surrounding them was classified until the CIA eventually declassified their actions and released it out for public knowledge.

Employees and agents for the NSA and CIA are not allowed in any circumstance to leak classified information to anyone, even other colleagues not in on the operation, family members, and friends. Leaking sensitive information is a crime, and one can and will be arrested if caught.

With that being said, the possibility of prosecution has not stopped former whistleblowers from speaking out against some operations carried out by these organizations.

One of the most prolific whistleblowers is Edward Snowden, who exposed the NSA and its partners for collecting all the data one could imagine on US citizens in May 2013. Text messages, photos, and phone conversations were being surveilled and logged. Snowden worked in many positions for US Intelligence such as working undercover for the CIA overseas. He then worked as an infrastructure analyst for the NSA. This most recent job is the last one he had before he blew the whistle.

Snowden revealed classified documents to the public on mass surveillance programs led by the NSA which had been operating with no oversight and outside the limits presented in the US Constitution. Leaking information like this betrays some of the most powerful individuals in US Intelligence and the government, so it is an understatement to say it has consequences.

The US government has charged Snowden with theft of government property and two more charges under the Espionage Act passed in 1917. Every charge has a maximum sentence of 10 years in prison. To escape prosecution, Snowden sought asylum in Russia where he continues to live now. He makes it his purpose to highlight potential dangers, such as government surveillance and monitoring to the unsuspecting United States population.

The significance of the information Snowden exposed is still relevant today, especially to a demographic of high school students where the majority spend a lot of their spare time on their phones and on various social media platforms.

There is always a possibility one’s privacy online can be violated, so it is forever important to be aware of the apps you are using and the information you put out online.

Facebook has been under fire for unnecessary data collection since December 2015, and it still is said to track, log, and record your personal data and interactions with other accounts on the platform.

This data is valuable to companies that provide internet services since that data is partially used to decide which ads to display on your feed. The problem is not the concept of the collection of online data itself, but it is the nature of the data collection and how much data is being logged. The data, until recently, was recorded in secret under the noses of users on sites such as the aforementioned Facebook, Google, and Amazon.

“I don’t want to live in a world where everything I say, everything I do, everyone I talk to, every expression of creativity and love or friendship is recorded.” -Edward Snowden