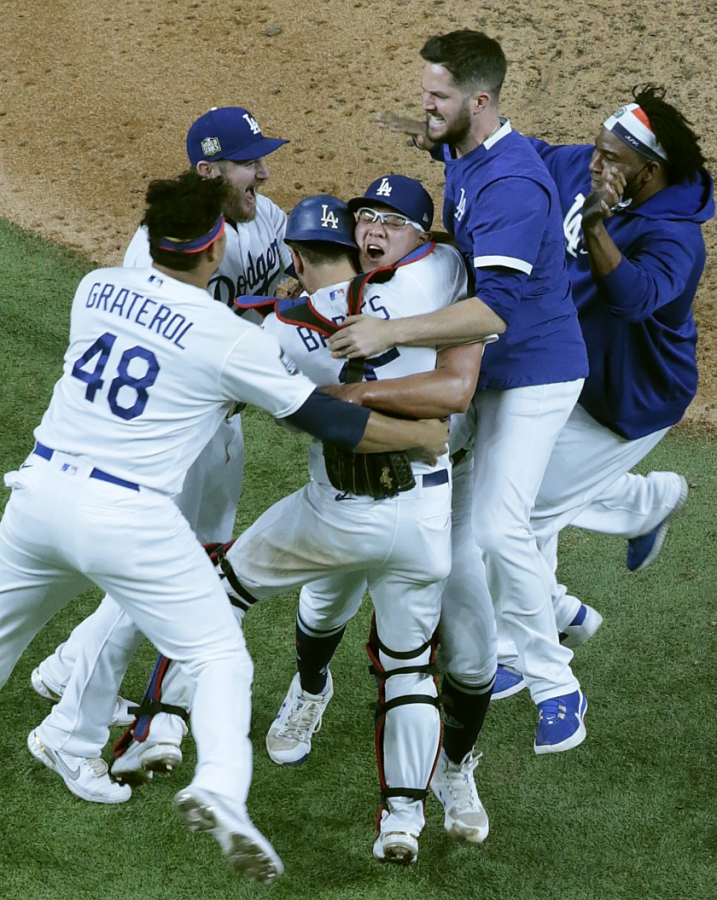 The Los Angeles Dodgers are World Series champs for the first time since 1988. They bested the Tampa Bay Rays in a best of seven series by 4-2.

The final game of the series was won by a score of 3-1. Mookie Betts led two of these runs as he scored on a ground ball in the sixth inning and he homered in the eighth inning. The Dodgers threw a total of seven pitchers combining for 16 strikeouts and only five hits.

A controversial decision was made by Rays manager Kevin Cash in the sixth inning. He stepped onto the field and switched pitchers. Rays’ star pitcher, Blake Snell, was pitching at the time, and he was throwing a great game. He had struck out nine batters and had only given up two hits through five innings. Blake showed emotion, shaking his head and biting his tongue. Pitchers are known to last about nine innings but Kevin Cash felt like the Dodgers were on the verge of a lot of hits. As soon as this change was made, the Dodgers took the lead and there was no going back.

During the eighth inning, Dodgers third baseman, Justin Turner, was removed from the field. His COVID-19 test had returned positive, therefore he was immediately removed from the game and placed in isolation. Following the completion of the game, Turner wanted to return to the field to celebrate with his team. Major League Baseball security notified him that he was to remain in isolation but he refused to comply. Turner returned to the field to celebrate. He was seen in contact with his teammates and coaches, holding the trophy, and even removing his mask for a team picture. Turner is now receiving criticism for his decision and the MLB has launched an investigation into this situation.

Although the 60-game season may not have been the most ordinary with a new playoff style and other rules implemented, the Dodgers are excited about their championship title. 32-year-old all-star pitcher, Clayton Kershaw, was once known for blowing it in the playoffs. This year, he is known as a champion.