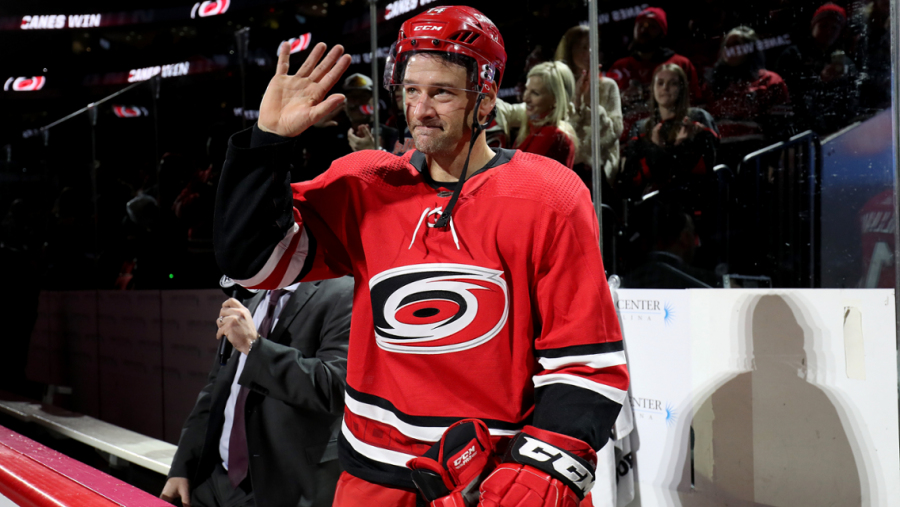 After 19 seasons playing in the NHL, Justin Williams, captains of the Carolina Hurricanes, is retiring. He was drafted by the Philadelphia Flyers in the 2000 NHL draft and started his career at the young age of 19. He went on and, according to NBC sports, became best known for his time spent playing with the Hurricanes and the Los Angeles Kings.

“Since I first broke into the league a day after my 19th birthday back in 2000, this game has brought me so much that I will never be able to repay it. The countless experiences, relationships, lessons and hardships will remain with me forever as I move on to the next stage of my life,” said Williams in an announcement regarding his retirement.

From his first few years with the Flyers, Williams went on to be traded to the Hurricanes, for his first run with that team. He scored the empty net goal in 2006 of Game 7 to help the Hurricanes win the Stanley cup that year. He later won two more Stanley Cups and the Conn Smythe Trophy in 2014 with the L.A Kings after he was traded to them in 2009.

For his outstanding performance in several Game 7s, Williams earned his nickname “Mr. Game 7.” He made seven goals and eight assists in nine career Game 7s, earning him 15 points, which are the most by any player in NHL history.

Not only did Williams have a high achievement record, he also showed great leadership skills as captain of the Hurricanes. As a leader, Williams helped create a new fan favorite tradition, to help not only bring the team together but also the fans, known as the Storm Surge celebrations.

“I just think that if we can have fun doing what we love, we’re going to be better for it. Hockey’s a tough game. There are good days and bad days. But if you can enjoy yourself by working hard, we’re going to be a lot more cohesive on the ice. Become not just guys on the ice, but brothers on the ice,” said Williams in a statement after the team arranged a slow clap to celebrate their win back in October.

Justin Williams became a very accomplished and successful player in his several years of playing hockey. Williams thanked all the teams he played for as they helped him not only grow and gain confidence, but they saw potential in him. He gave credit to all the people and family who supported him in his career for who he was on and off the ice.

“My family has sacrificed a lot for me to be where I am, so I want to thank my mom and dad for being there for me every step of the way. My sister, Nikki, for being my biggest fan since day one. My wife, Kelly, and my kids Jaxon and Jade for embracing this journey with me. Life is so much better when you have people you love to share it with. Thank you everyone as I retire from pro hockey,” ended Williams in his retirement announcement.