Best Halloween costumes to keep the tradition alive this year 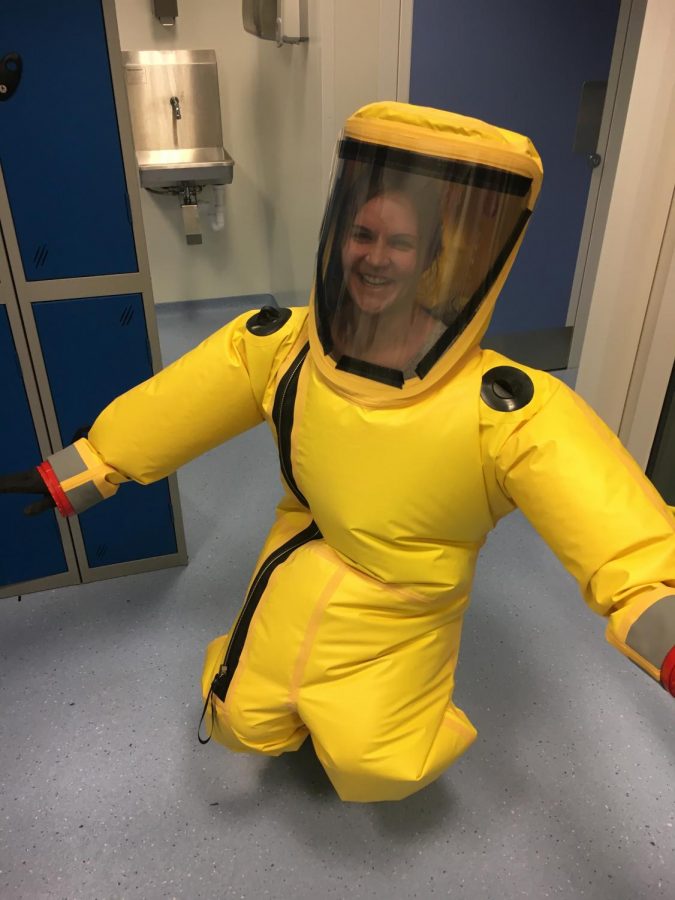 The hazmat suit makes for a very timely and protective Halloween costume this year.

Halloween dates back over 2000 years ago to the Celtic people who would celebrate the holiday of Samhain on November 1. This was what they considered to be the Celtic people’s New Year at the time. The holiday was to mark the end of the harvest season and the beginning of winter.

The Celtic people believed the night before the New Year, October 31, was the night when ghosts would roam the earth and terrorize their land. On this night, Celtic priests would hold bonfires that would fight off the ghosts. People came together and dressed up in animal costumes and hung out together. Later, when the Celtic people were conquered by Rome, the Roman holiday Feraliawas combined with  Samhain.

A couple of decades later, the Celtic church implemented a new festival called All Saints Day which occurred on November 1. People then began to refer to this festival All Hallows. Since the night before this was still Samhain, it was then recognized as All Hallows Eve instead of Samhain. As time would go on, the name would then be transitioned from All Hallows Eve into Halloween.

Halloween will clearly look a lot different this year. The CDC recommends incorporating a mask into your costume, maintaining six feet between others, staying outdoors, and washing your hands when you have the chance. Although the world is going through a pandemic, I would not let that stop you from dressing up and participating in Halloween this year. Here are the top costumes for this year.

Jake from State Farm and Flo from Progressive are in. Although unrelated to the pandemic, they are just too funny not to include. One of the biggest factors determining whether a costume is good or not is its recognizability. With Jake and Flo, everybody around you will recognize who you are and instantly think that you are the coolest person on the planet. The last thing is that a mask will fit in just fine with these costumes, so you can stay safe.

At the end of the day, just have fun. You don’t have to spend a ton of money. If you are looking for a cheap costume, you can make one at your home for free or go to the store and look for an inexpensive mask. I hope you found a dope costume idea and have a wonderful Halloween.