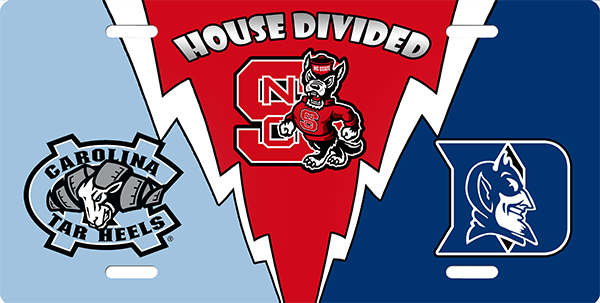 As basketball makes its yearly return, the hype for the season in the triangle is nothing short of what it always is. Duke, NC State and UNC are all loaded with tons of new faces and returning players who are looking to be victorious.

The one player on almost everyone’s mind is Duke’s, Zion Williamson. The five-star freshman, from Spartanburg, is taking the nation by storm with ESPN analyst, Jay Bilas saying “There’s never been a player like him.”

Weighing in at 285 lbs and standing 6′ 7″, most people looking at that on paper would confuse him for a lineman but his athleticism proves otherwise. Williamson doesn’t stand alone though, he is also joined by other five-star prospects; RJ Barrett, Cam Reddish and Tre Jones.

This team is determined to do what they did back in 2015 and bring a championship back to Durham.

Duke then went onto the Maui Invitational where they beat Auburn, another talented team, and then suffered their first loss of the season to Gonzaga in the championship.

As for Kevin Keatts and the NC State Wolfpack, they bring back only three players from last years team and welcome nine newcomers to the squad. This year’s team has a plethora of players who can lead, compared to previous years where the Pack normally relied on one or two players to get the majority of their scoring. This years key players for the Pack will be Torin Dorn, Markell Johnson and CJ Bryce.

Since Keatts arrived at NC State he has made some changes to the style of play in Raleigh. He has instilled a very aggressive full-court press, up-tempo defense and a four-guard lineup which is very different from the pre-Keatts era.

The Wolfpack also had a pretty strong start to the season, winning their first six games and then dropping a tough loss to Wisconsin as a part of the ACC-Big Ten Challenge.

After the loss of Joel Berry, Coby White has some big shoes to fill and has done fairly well taking over that position, averaging 15.2PPG.

The Heels will rely a lot on the leadership of Luke Maye, who averaged 16.9PPG last year and made it onto this seasons Naismith Trophy preseason watch list. This year’s turnout will rely heavily on if players can step up and be confident when the team needs it most.

So far into the season the Heels are 8-2, with a huge win coming against Gonzaga in a game where the Heels were able prove people that they are a serious team.