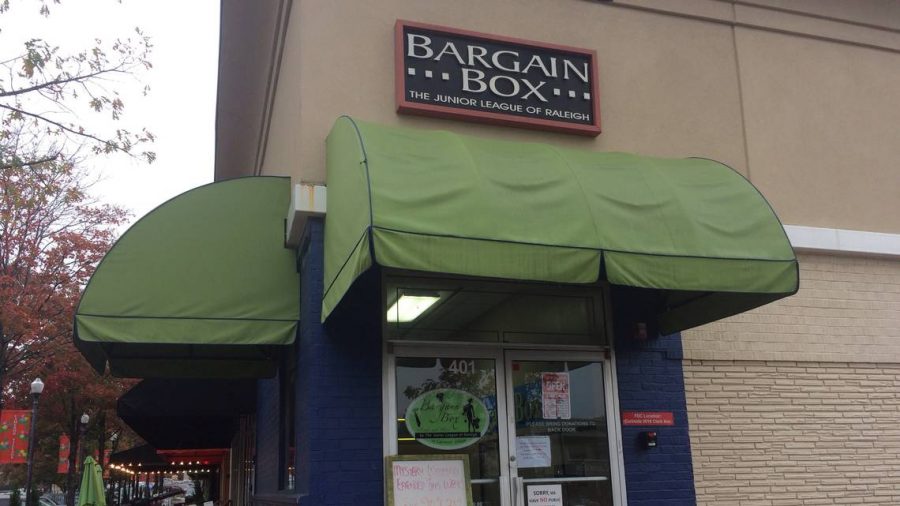 Bargain Box, a decades-old Cameron Village thrift store, recently announced that it was closing its doors.

Bargain Box is situated in Cameron Village shopping center, less than a mile from Broughton. Run by the Junior League of Raleigh, the resale store has provided fashionable, yet affordable clothes for all ages and genders for the past 68 years.

The Junior League is an international organization run for, and by women. It is dedicated to promoting volunteerism and bettering the community through such pursuits. According to the Junior League’s website, the reasons for its impending closure are that Bargain Box has been suffering from declining sales, higher operating costs, shifting volunteer availability, and more competition in the resale clothes market.

Not only has Bargain Box offered affordable clothing for the community, but it has also offered a great way for Broughton students to gain much-needed volunteer hours over the years.

“It was really nice volunteering at Bargain Box because thrift stores are trendy… the people were so so nice, and it gave me a good experience working in retail!” sophomore Shanie Kpanay said.

Since Bargain Box opened, it has raised at least one million dollars for the community and sold tens of thousands of dollars worth of household products and clothes.

The Bargain Box isn’t the only store to close its doors in Cameron Village in the past few weeks. Accompanying it is Sugarland and Noodles and Company. Sugarland recently filed for bankruptcy and closed down both its Raleigh and Chapel Hill establishments. As for Noodles and Co., it disappeared suddenly and unexpectedly, shocking many Broughton students. This sudden wave of closures in Cameron Village has been a peculiar occurrence for sure.