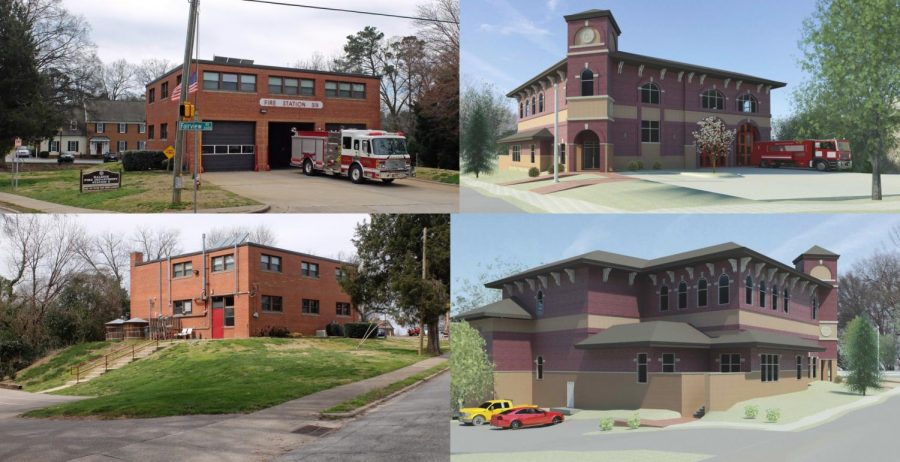 Fire Station 6, on the corner of Oberlin and Fairview, has been an integral part of protecting homes in the Five Points and Oberlin neighborhoods since 1949. That is, until summer of 2017, when it was torn down. Since then, many people in the surrounding neighborhoods have wonders about what will become of the lot, and who would help them in case of fire.

The official plan for the firehouse is that it will be replaced with a new, 14,990 square foot building that incorporates the traditional firehouse architecture with modern features and updated materials. After a 2013 assessment from Stroud-Pence structural engineers, many parts of the oldest firehouse in Raleigh were deemed un-sound. Foundational decay and electrical issues led to an immediate need for remodel.

After the firehouse was torn down in the summer of 2017, many new delays developed including bad weather and unsuitable soil. While the project may appear to be progressing at a snail’s pace, many important tasks are being completed and the project is still on track to finish in spring of 2019. Until then, the surrounding area will be serviced by Fire Station 5, located further down Oberlin just past Clark street. The project in total will cost $5.5 million, and will hopefully stand for 68+ more years after completion.