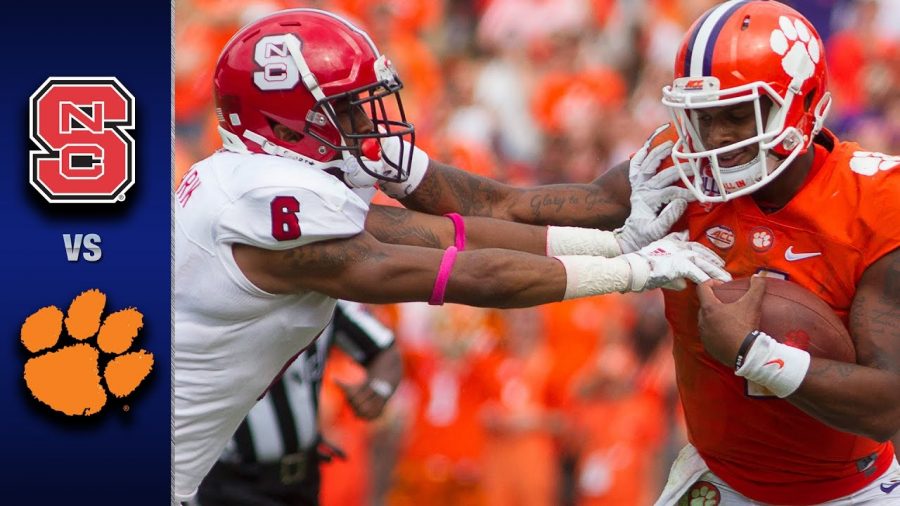 After a bye week for the Wolfpack of NC State and the Clemson Tigers, Clemson will host NC State in a battle between two undefeated teams.

The Wolfpack (5-0, 2-0 ACC) will look to end their six game losing streak to the Tigers (6-0, 3-0). The last two meetings between the two have been tight games, including the game in 2016 when NC State was just a missed 33 yard field goal away from taking down the eventual national champions.

Clemson is coming into this week’s game as the third ranked team in the nation, while the Wolfpack are ranked sixteenth. The two teams are led by their prized Quarterbacks, Ryan Finley and Trevor Lawrence. Lawrence, a true freshman, recently took over the starting job for Clemson, replacing Kelly Bryant who decided to transfer. Finley has been great for the Wolfpack due to their receiving corps, headed by Kelvin Harmon and Jakobi Meyers.

The Wolfpack are using this game to try and take the next step as a program and become real contenders.

“I think we’re proud of what we accomplished last year because of where this program has been in the past, but everyone would agree we’re not where we want to be because we haven’t won an ACC championship yet and that’s our goal.” Finley said.

As for Clemson, this game is very important in order for their plans to make the playoffs happen. A loss to the Wolfpack would be detrimental to their resume and would definitely change how the playoff committee views this team.

This game is probably the most important game that will be played in the ACC this season with the winner most likely representing the Atlantic division in the ACC Championship in Charlotte.