Teachers march on May 16 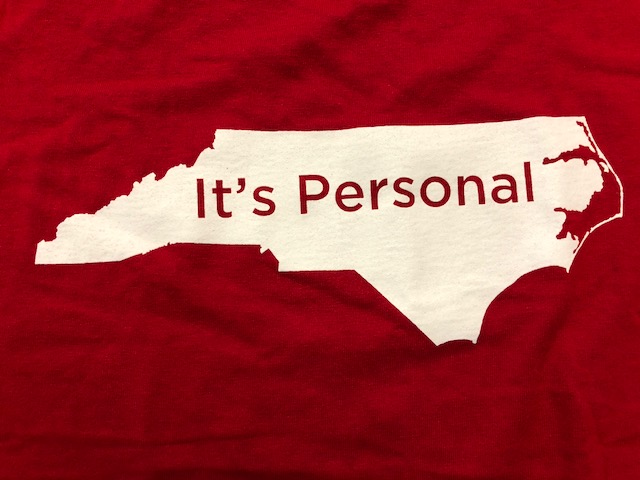 Instead of walking into classrooms next Wednesday, May 16, Wake County teachers will be walking into the General Assembly’s backyard in an education rally that coincides with the return of the state legislators.

After receiving more than 2,500 requests for leave on May 16, Wake County school leaders announced Monday that they will be making the day an optional teacher workday. They are joining Charlotte-Mecklenburg, Durham, Chapel Hill-Carrboro, Orange, Guilford, and Mooresville county school systems in their decision.

Monika Johnson-Hostler, a Wake school board chairwoman, spoke on the announcement during a news conference.

“With that number of teachers who are going to share their voices on Jones Street on May 16th, we find it very imperative that we support that and close our school district to ensure that our students have what they need and have teachers who are there to provide the services,” Johnson-Hostler said.

The March For Students and Rally For Respect will take place downtown the day the General Assembly convenes. The North Carolina Education Association and teachers participating are asking for higher pay, more funds per student, reduced class sizes, and more availability of counselors, social workers,  and nurses, as well as a cap on public charter schools.

ESL teacher Carol Dukes said that 112 Broughton teachers applied for personal leave before school was canceled.  That meant teachers who took off would have to pay $50 toward the cost of a substitute.

Now that teachers can take an annual leave day for which they do not have to pay out of pocket, she predicts even more teachers will join the rally.

The NCAE reports that North Carolina ranked 39th in the nation for teacher pay last year, and ranks 37th this year. The salary average topped 50,000 this year, which advocates for raises say is well below the national average. North Carolina also ranks 39th in per student funding, paying 9,528 while the estimated national average is 11,934. The state budget, which has to be passed by the end of the summer, will be the top priority for the returning legislators, and the teachers plan to flood their halls and make their voices heard.

“This is not just about pay. This is about resources. This is about advocating for our students,” said Paulette Jones Leaven, president of the Wake County NCAE.

The Wake County school board and the NCAE immediately acknowledged that Advanced Placement and International Baccalaureate testing coincides with the day of the protest, and say that testing will continue without interruption.

No makeup day will be required for the day. For more information about the march or ways to become involved, the NCAE has a Facebook page full of dates, times, and locations: https://www.facebook.com/events/570818366627097/