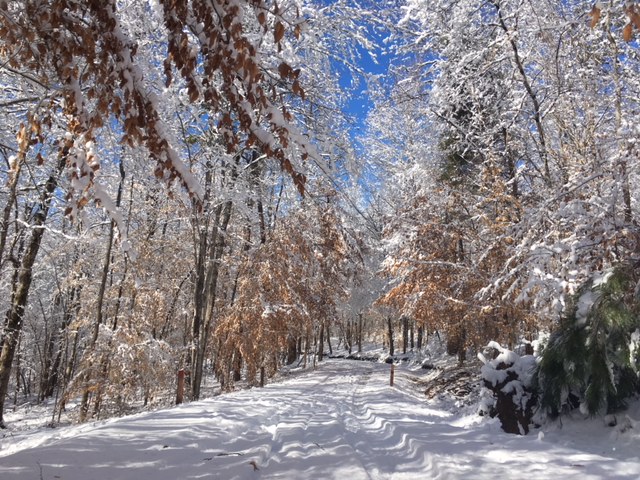 For the second time in 2018, winter weather has struck, cancelling school and rearranging schedules once again.

Principal Elena Ashburn announced Wednesday, January 24 as the new end to the second quarter grading period yesterday in an email to faculty. This will give teachers until January 29 to wrap up grades and is a major relief for students still planning to redeem their extra points from the no-tardy initiative.

There will be no CAPS Class this Tuesday, January 23, because of the testing.

Friday, January 19, marks the fifth day of school cancelled from inclement weather since winter break. First, on January 4 students woke to a half inch of icy snow and some of the lowest temperatures in North Carolina history. Monday, January 22, originally a teacher work day, will serve as a make-up B-day from the first snow.

Thanks to the five inches of powder dumped this week, students are enjoying a five-day weekend even with the makeup day Monday.

“I love the snow and I have spent my three days off with Edward Clinton Crowther. I’d say it is worth the makeup days because I’ve had a blast these last three days,” senior Tyler Johnson said.

Others aren’t so sure the snow days are worth the makeup days.

“The grind of MLK day → spring break with no teacher workdays is brutal and in no way worth it,” Theory of Knowledge teacher Lee Quinn tweeted during the first snow.

Make-up days for the first snow will be Monday, January 22 and Monday, February 19. Wednesday and Thursday of this week will be made up March 29 (the Thursday before spring break) and June 11. Friday will not be made up because the county will use extra hours built into the regular calendar..

Fortunately (or unfortunately) the weather this weekend will heat up to 60 degrees and sunny, which should be enough to melt the snow and clear the roads for school on Monday.