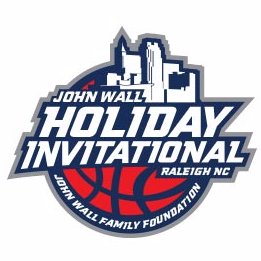 Broughton entered the John Wall Holiday Invitational with high hopes, coming in as one of the few undefeated teams in the state.

Their first game was against Downey Christian from Orland who was led by sophomore Julian Newman. Newman, a player who has been seen on YouTube millions of times and was looking to take down the Caps. The student section was packed for the game and Broughton came out running, taking a 21-9 lead at the end of the first quarter and only allowing Newman to score three points. The Caps were led by Jalen Finch, DJ Thomas, Jessup Lowe and Darian Williams, who was lockdown on defense against Newman.

In the second half, Downey Christian was able to hit some shots and cut the deficit down a few points, but a few big buckets by Finch and J Thomas were able to keep the Caps ahead. The game ended with a 71-51 score, with the Caps taking the win and the second largest victory this season.

“The Holliday Gym was packed and the momentum that the student section gave us was incredible,” junior, Penn Sealey said.

The game was recorded and posted online by Ballislife, a reputable high school basketball account, on YouTube and has earned over 700k views in just five days.

In the next game the Caps faced Greenfield High, led by senior, Coby White. The game was back and forth and it came down to a final possession for the Caps to potentially win the game.  The Caps couldn’t convert, , handing the the first loss of the season and sending them into the third place game against a talented Asheville Christ School team.

In the game against Christ School, who was being led by junior Jalen Lecque, the game was once again back and forth. The Caps started out slow taking a 0-6 deficit in the first quarter but senior Jessup Lowe was able to knock down some big three-pointers and put the Caps back in the game.

Lecque was a force in the game, driving to the basket and making tough layups was something he did quite often. But once again, Finch was able to fight back and could always find a response.

Heading into the fourth quarter, the Caps staried pulling away and were able to take a 10-point lead at one point, but finished the game with a score of 71-66, taking third place and heading into the new year with a 12-1 record.