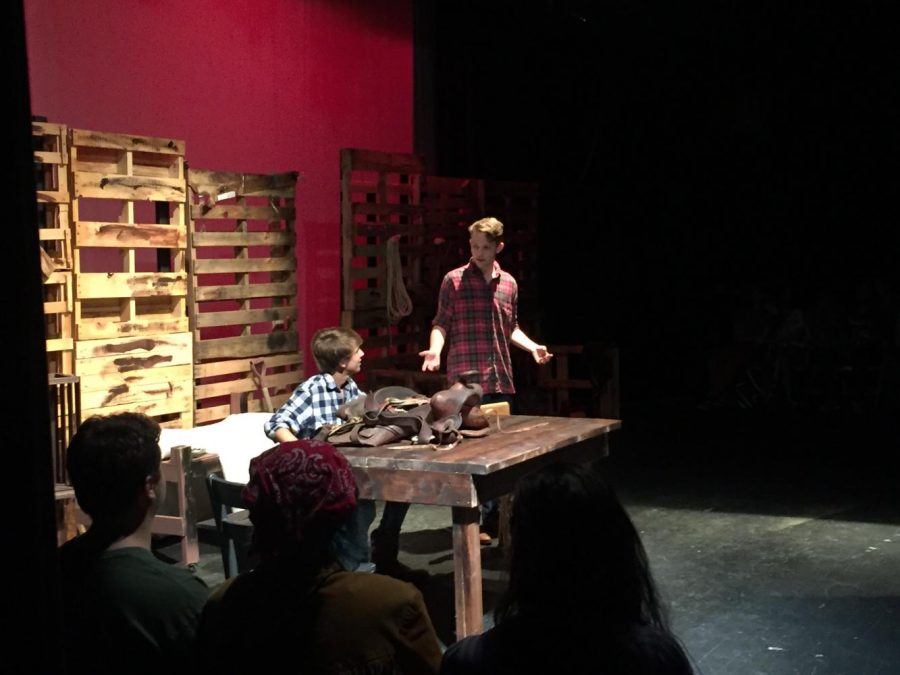 Two plays opened up this week in the Diane Payne auditorium. Curtain time was 7 p.m. for “Of Mice and Men” and “Steel Magnolias,” two American classics.

“Of Mice and Men” played Wednesday and Thursday while “Steel Magnolias” showed Friday and Saturday. Both were directed by drama teacher Joel Rainey.

Of Mice and Men, a novel written by author John Steinbeck, tells the story of two displaced migrant workers who move from place to place in California, trying to make it in the Great Depression. It has also been adapted into a movie and a play.

“I’ve always wanted to do an Of Mice and Men play. It’s one of my favorite books in the world,” Rainey said.

Moore was the only female in Of Mice and Men, so to even it out, Rainey decided to add a play with a female cast. This is where Steel Magnolias comes in.

Steel Magnolias, a book and play by Robert Harling, is based on the author’s experience with his sister’s death. It is a comedy-drama about the bond in a group of women with the setting of northwest Louisiana.

The stars of Steel Magnolias were senior Elizabeth Rotchford as M’Lynn Eatenton and junior Mia Dewitt as Shelby Eatenton Latcherie – a mother and daughter duo.

Since the plays were back to back for four nights in a row, it was a quick turn around.

Both of the shows were a complete team effort.

Much of what Steel Magnolias is about is a girl who is diabetic. Brynn Hoffman, the outreach and development coordinator from the Juveniles Diabetes Association, attended the night after the Steel Magnolias play. Hoffman talked about diabetes and how people are dealing with it today in comparison to when the play took place.

Another new addition this year was a “black box” feature. This means that there were seats on the stage: in the front and on both sides.

The spring musical has been decided, but will be announced at the Arts Collage on October 16.