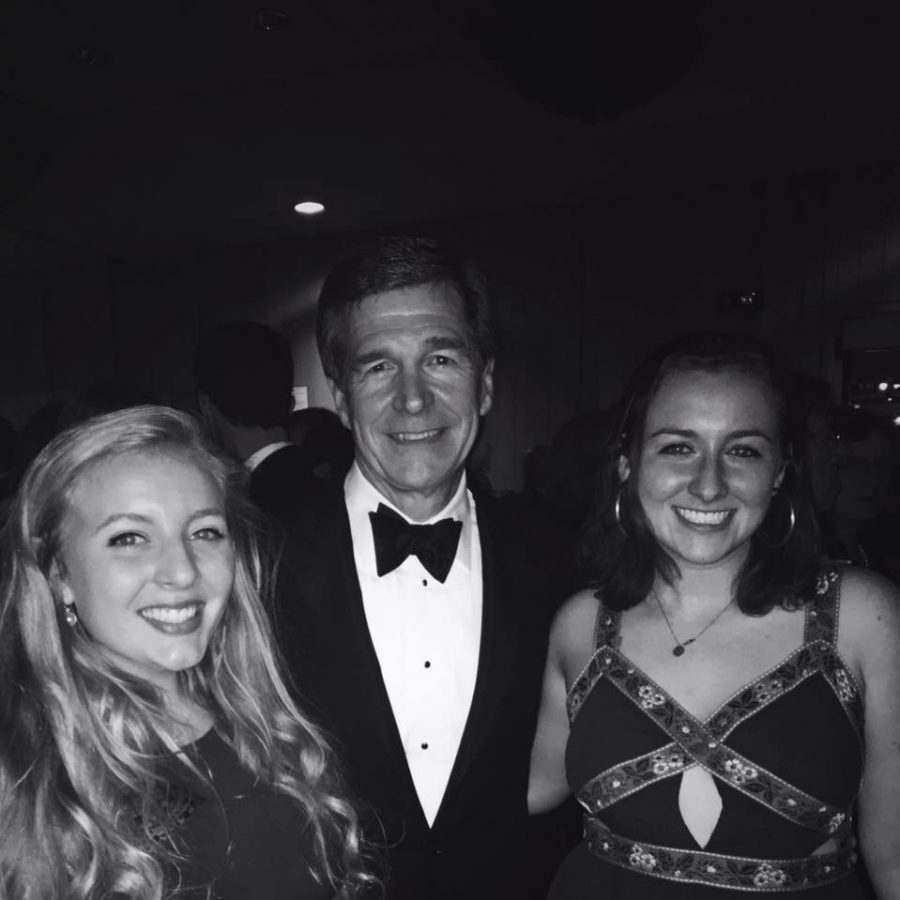 Over the wintery weekend, North Carolina Governor-elect Roy Cooper was inaugurated to replace Pat McCrory on Saturday, January 7. While many people looked forward to attending his inauguration in downtown Raleigh, all outdoor events, including the parade, were cancelled due to the threat of inclement weather.

Broughton seniors Mackenzie Dion and Skylar Fischer attended the Ball, and they said it was a magical experience.

“The Inaugural Ball this year was such an amazing event to attend. I feel so lucky to live in Raleigh and have the opportunity to see local government in action. My favorite part of the night was definitely meeting Governor Roy Cooper, but the surprise Avett Brothers performance was a very close second. I love any excuse to re-wear QOH dress, but spending the evening surrounded by citizens who are genuinely trying to make positive change in their communities was truly something special,” senior Skylar Fisher said.

As the new governor, Roy Cooper envisions a more progressive North Carolina that works to limit discrimination and promote unity. He has called HB2 a ‘national embarrassment’ and he will work to promote equality in other areas, such as voting rights.