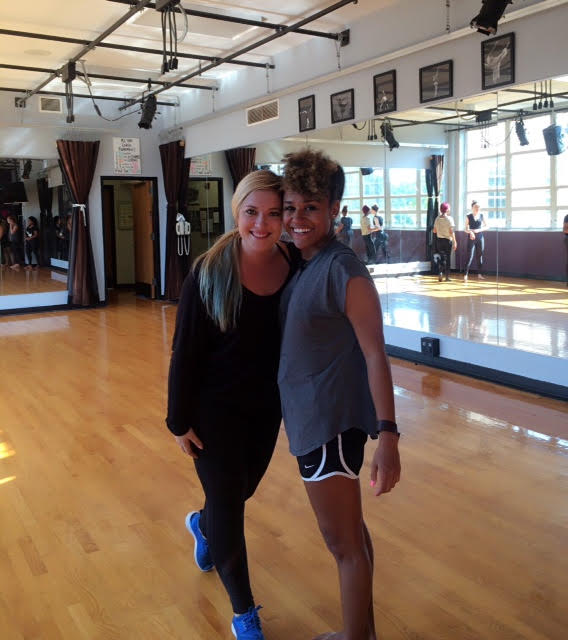 Many no’s, but five good yesses- that’s all it took for Ariana DeBose to reach the Broadway stage as a cast member of the musical Hamilton.

DeBose visited Broughton Sept. 9 and shared about her rise to stardom. She has ties to the area as she attended Wake Forest Rolesville High School and is a friend of Broughton dance teacher Betsy Graves.

Before an auditorium filled with performing arts students, she recounted what she loved most about being a part of Hamilton but also talked about her trials in getting there.

The event that caused a revelation in her life was being cut from So You Think You Can Dance. Since this had been her initial dream, she was crushed and allowed the disappointment to stop her from pursuing her dream.

Through this trial in her life she learned the power of choice.

She knew she could either continuing moping or get up and try again, so she let rejection drive her closer to her dream.

She worked harder than ever, doing what she had to continue dancing.

She became a teacher’s assistant for her dance studio to help pay for her own dance classes and approached people about ways she could earn scholarships for dance competitions.

Slowly but surely, she made her way, and eventually landed her role as the bullet in Hamilton. When she finished telling her story, she challenged the students in the auditorium to exercise their power of choice and to know that other people’s opinions don’t define them.

She encouraged the women in the room specifically to work for their dreams and not let anyone pay them less, tell them what to do, or put them in a lesser role because of their gender.

When asked about DeBose and her journey, Graves commented,”I think what has made her successful is that she has the passion and the drive to match her natural talent. The combination of the three led her to become successful.”