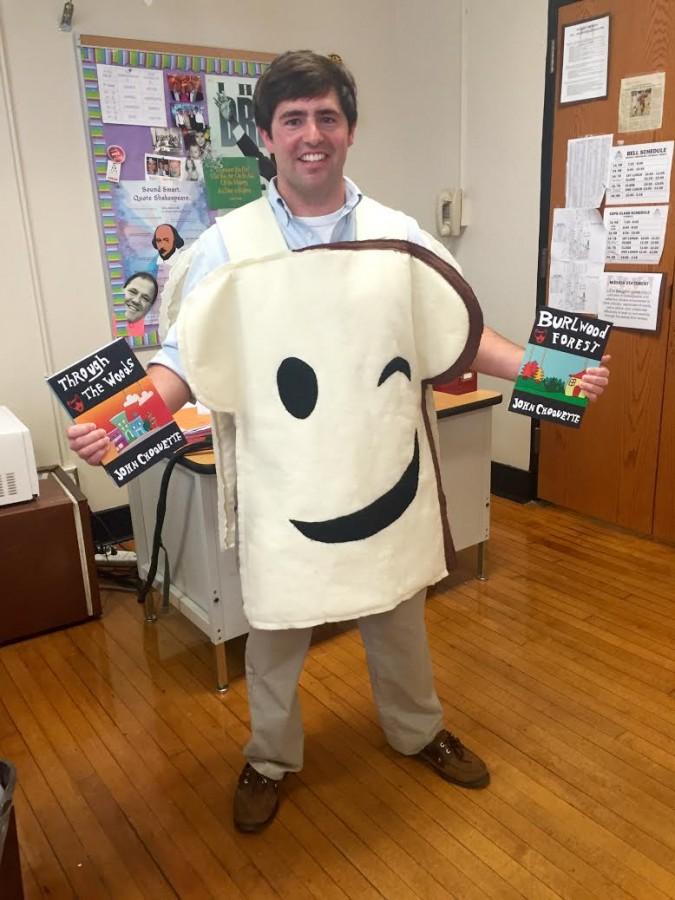 Former Broughton alumnae and Hi-Times staffer John Choquette visited the current Hi-Times staff on Friday, March 11. Choquette, who is the author of the Burlwood Forest series, came to talk to students about writing and his book series.

Choquette enjoyed reading as a shy, young child growing up in Raleigh and was influenced by the Harry Potter series, Aragon, and Winnie the Pooh. His love of reading also led to his love of writing.

“I looked exactly like Harry Potter. I had glasses too, but I was probably a bit fatter,” Choquette said.

As a student at Broughton, he was on the Hi-Times staff and the track team. After graduating from Broughton in 2006, he gained a journalism degree from the University of North Carolina at Chapel Hill. He later attended graduate school at East Carolina University. Between his junior and senior year of college at UNCCH, he began writing the first novel in his series, Burlwood Forest.

“It’s just what I always wanted to do and it always felt wrong doing something else,” Choquette said.

Burlwood Forest revolves around Michael Pumpernickel, a goofy sixth grader, who is having a birthday party. After no one attends his party, he receives a letter that warns him of someone coming after him. He ends up in the magical Burlwood forest and begins his adventures there.

“Burlwood is actually based on Raleigh. I love Raleigh and I wanted to pay tribute to that, but also create my own world,” Choquette said.

When asked about whether there is a movie in the works, Choquette laughs but admits that it is a possibility.

“It has to be animated and funny for the right reasons. I would want to play the main character but I’m probably a little too old.”

Students of all ages would enjoy reading the series and the timeless message of it.

Choquette’s success also has it’s share of obstacles. He suffered from mononucleosis (mono) for six months, which is when he began writing the rough draft of his first novel.

“No story of success is without a lot of work and a lot of struggle,” Choquette said.