QOH assembly- out of this world 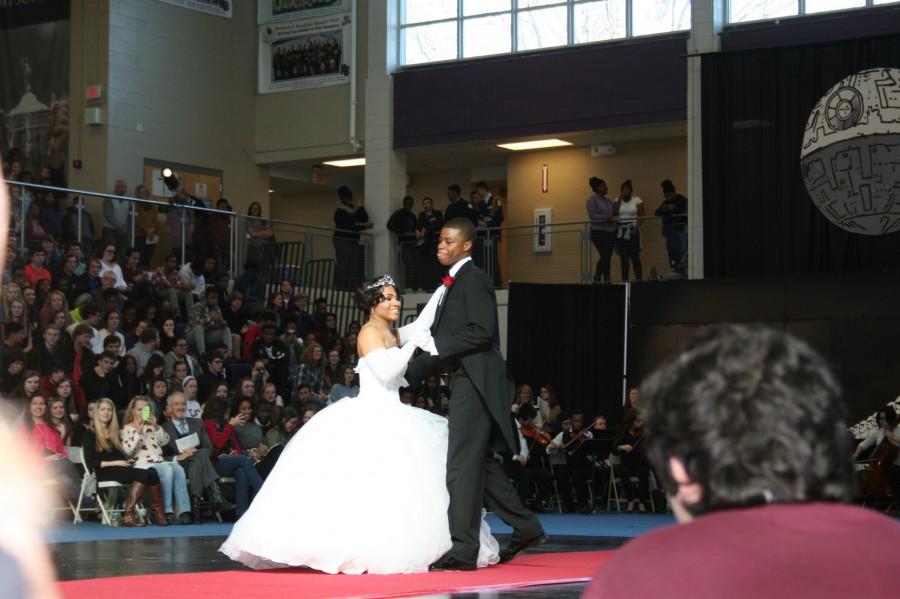 From the search for the Queen of Hearts and her Maid of Honor to the defeat of Darth Vader, the annual QOH assembly proved once more that BHS has got talent.

This year’s theme of Star Wars was intergalactic hit. The class of 2016 decorated the gym in accordance with the theme and it was, indeed, out of this world.

“Being in the skit was so fun. I really enjoyed starring as Princess Leia. I’ve never acted in anything like that before,” Ella Webster said.

The ladies and gentlemen of the court dazzled as they walked the red carpet. The Maid of Honor, Logan Francis, stunned in a red gown. O’Shaela Wilkins-Peebles, this year’s Queen of Hearts, received the traditional standing ovation as the entire school watched her procession.

Students are excited for the dance tomorrow evening, Saturday, February 6, from 9-12 pm.