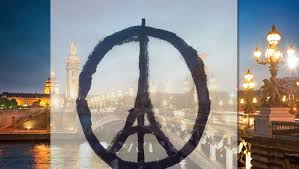 On November 13, 2015 the city of Paris, France fell victim to several terrorist attacks throughout the night. Over 100 people were killed and roughly 300 were injured. Since that night, the terrorist group known as ISIS has claimed responsibility for the horrible crimes.

Targeted in the attack were the Stade de France, a large soccer stadium, the Bataclan, a popular music venue, and multiple restaurants.

Though no one was harmed from the three bombings outside of the Stade de France, except for the suicide bombers, the Bataclan was a different story. Around 9:40 pm, three attackers opened fire in the concert venue during an Eagles of Death Metal gig. The audience members were held hostage until 12:20 am, when French police arrived at the scene. Once the police arrived, the attackers activated their bombs. The terrorists, along with 89 audience members, were killed. The band got out alive, but their manager fell victim to the bombing.

Since the attacks, several of the attackers have been arrested and seven others died back in Paris. After the attacks, President of France, Francois Hollande, closed France’s borders and declared a state of emergency for the country. Currently, Brussels, Belgium is under lockdown, as the last suspect is supposedly in hiding in that city.

The supportive response for Paris from around the world since the incursion has been overwhelmingly supportive. Anyone with any form of social media account has heard something about the happenings in Paris or at least seen #PrayforParis somewhere. While Paris shut off the city’s lights in mourning of the attack, the rest of the world’s countries lit up their most prominent landmarks in the French flag’s colors to show their support.

Here in Raleigh, the very top of the PNC tower, located downtown, has been lit up to resemble the French flag since the night of the attack. In addition to that, a gathering was held in downtown Raleigh on Sunday, November 15th to share a moment of silence for the lives lost in Paris. The 300 people people who attended also took moments to mourn lives lost in Libya, Kenya, Lebanon, Iraq and Syria. One woman killed in the attacks in Paris, Justine Moulin, had planned to attend NC State soon.

“Everyone says they’re supporting Paris, but what does that mean? If you want to support Paris, then go to France. That’s how you show support. Don’t let the terrorists scare you,” French teacher Richard Dubois said.